With the winter chill covering our Sandia Mountains in crisp, white snow, but not gracing the city with the same, it’s no wonder we’re feeling a bit envious of this real wedding from local couple, Sara-Irene + Alex. Can we all just pack up our things and hitch it over to Iceland, like the lovebirds did for their wonderfully intimate, wintery wedding?

Alas, there’s much to do in here in New Mexico, so we’ll have to live vicariously through the photos of their breathtaking ceremony. Luckily Maura Jane Photography was there to capture every detail and darling moment between the couple. With her magic-making gear in tow, Maura hopped on a plane to Iceland with just the couple and their officiant after they decided to switch up their plans.

Sara-Irene and Alex had originally planned a large local wedding here in Albuquerque. After a month of planning, they realized that the upcoming wedding didn’t portray the two of them very well. It didn’t feel like they thought their wedding should. It didn’t take long for them to flirt with the idea of an elopement. After all, Sara-Irene already had her dress and none of the invites had been sent. After scouring Pinterest for ideas, they fell in love with and settled on Iceland. One quick phone call and they changed their plans and dates to head to the land of fire and ice.

While we don’t advocate for ever leaving our Land of Enchantment — why would you ever want to?! — we’d be lying if we didn’t say it was the perfect move for Sara-Irene + Alex. Ultimately, each wedding serves as a reflection of the values and love between its respective couple, in all their deeply unique and incomparable ways.

It may have been cold but the wind blew Sara’s bouquet ribbons in the most beautiful fashion adding to the ethereal look of all their photos. It also made it so only they themselves could hear each other say their vows, adding to the intimacy of the day. Afterwards we traveled around the island to some of the most picturesque locations for photos that you have ever seen. From the black sand beaches in Vik to the icy glaciers on the south side of the island, we were all completely awestruck by its beauty. Sara-Irene and Alex could not have picked a more ideal place to say I do. With their adventurous hearts and desire to keep their wedding intimate, it all fell together perfectly.

A hearty and warm congratulations to Sara-Irene + Alex for leaping together into the evolution of their love story. And, of course, thank you to Maura Jane Photography for ensuring that the moment will be preserved in their hearts, and ours, for lifetimes to come. 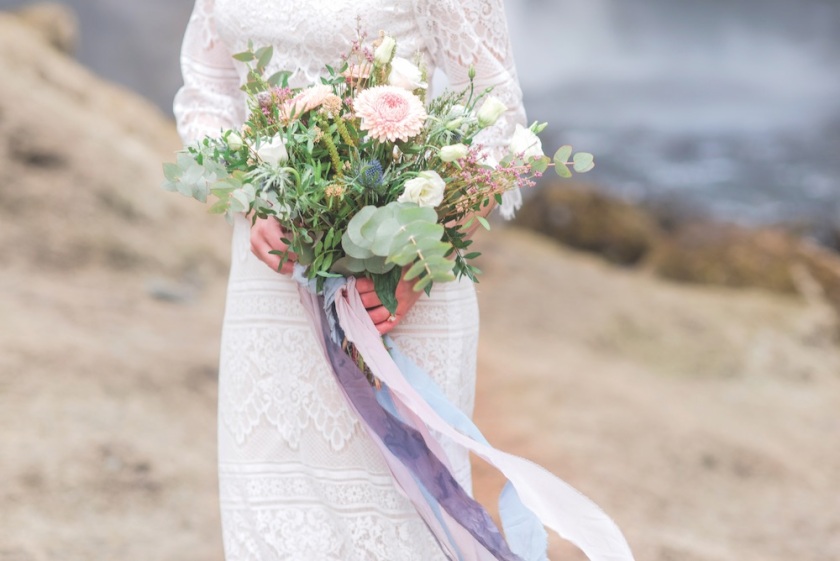 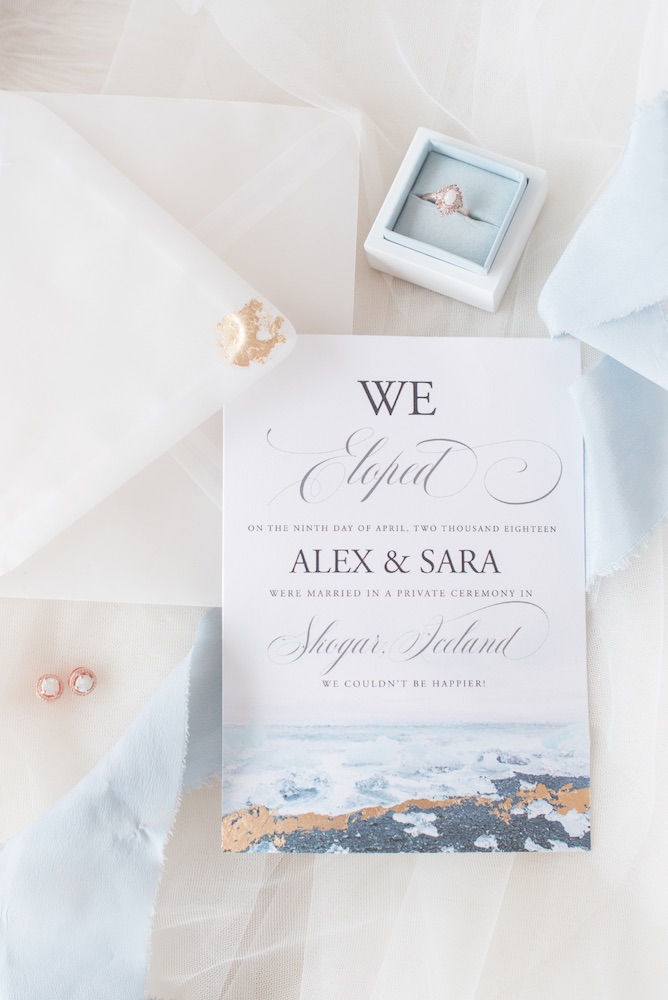 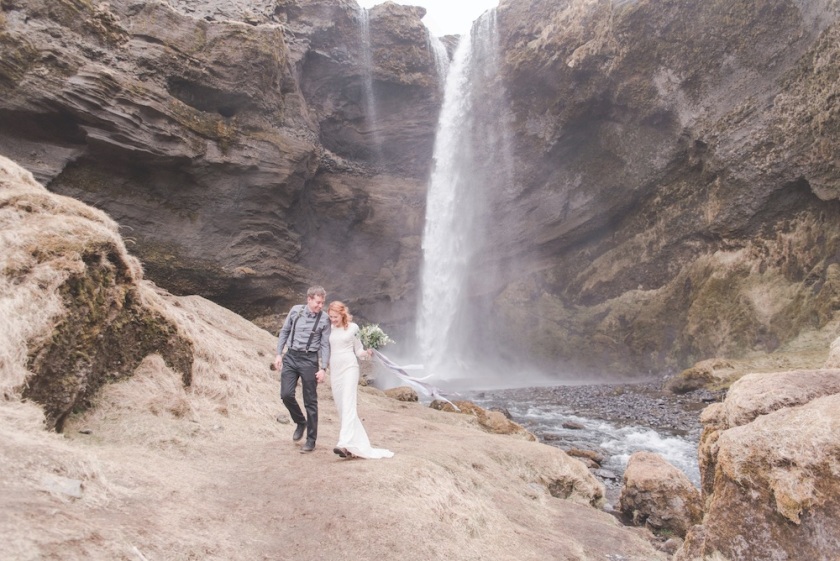 3 thoughts on “From Albuquerque to Iceland: Real Winter Wedding”

This site uses Akismet to reduce spam. Learn how your comment data is processed.

Featured on our blog recently? Use our blog badge on your website + marketing collateral!

Connect with a professional wedding planner for your very own free, 30-minute coaching session! 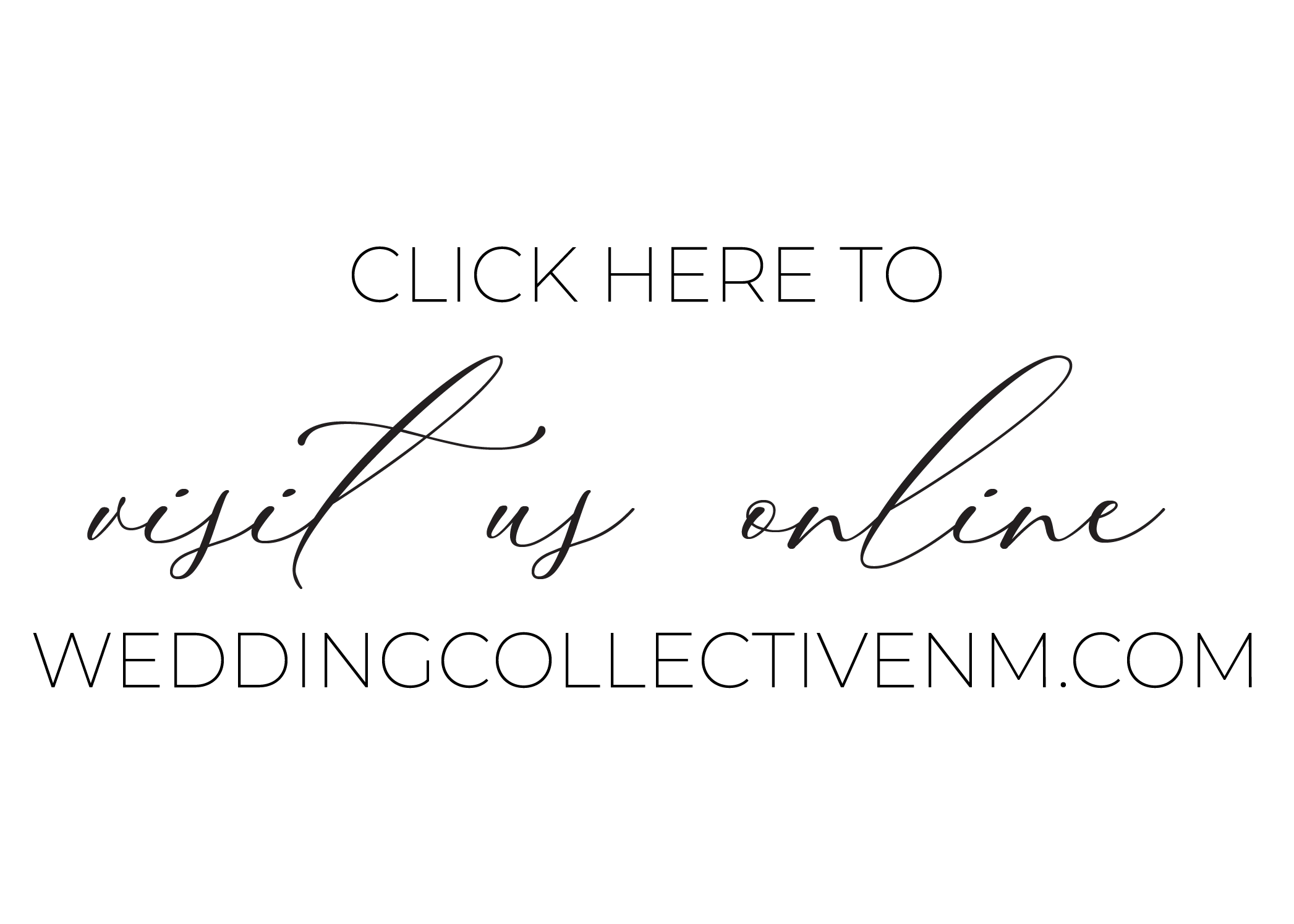